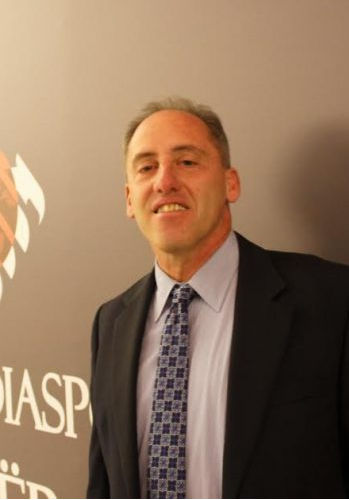 Mr. Mark Kosmo joins the AMC Board of Trustees

We are pleased to announce our newest member, Mr. Mark Kosmo, joining our Board of Trustees. Mark is the chair of Massachusetts Albanian American Society (MAAS/BESA) and has been the co-chair since MAASBESA began in 2006.

He is currently the Chief Financial Officer of the Mentor Group in Boston, United States. Mark has lived and worked in Albania as an independent consultant, worked as an economist at the World Bank in Washington D.C., and served as a professor of economics at Dartmouth College in the U.S.

Mr. Kosmo is a past member of the Board of Trustees of the National Albanian-American Council, NAAC, and is currently on the Board of Directors of Albanian-American Success Stories and the Massachusetts Immigration and Refugee Advocacy Coalition. Mark holds a Ph.D. in Economics from the University of Wisconsin and did his undergraduate degree in Economics and Mathematics at the University of Massachusetts in Amherst.  Mark is also a member of Advisory Board of Germin working on Diaspora engagement.

For a full list of the current Action for Mothers and Children’s Board of Trustees, please visit our website at http://localhost/eda/who-we-are/board-of-directors/