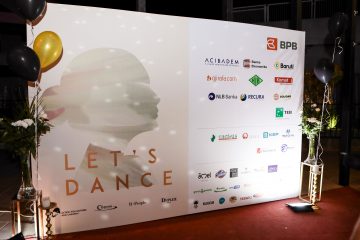 The third Let’s Dance for Mothers and Children fundraising event that was organized on September 21 showed that the movement of kindness started in 2015 has become one the best traditions in the city.

In a display of community generosity and human connection, over 400 people attended the fundraising dance event that was held at Duplex Premium in Prishtina and raised €23,486.5 through ticket sales and sponsorships.

As every year, the funds raised through this dance event are used by the Foundation Action for Mothers and Children to support programs that battle infant death rates, premature babies’ diseases and other conditions, as well as support their families, working closely with the health care service in Kosovo.

“Let’s Dance” has already become a brand closely attached to the concept of fundraising for charities and giving children a chance to a happy and fulfilled future. It is inspiring to see that whenever the phrase “Let’s Dance” is mentioned, people know what we are talking about: children, mothers and the willingness to do good.

The Foundation will publish throughout the year the activities made possible through these funds.

Special thanks to Perla Events for decorating the venue, Adrian Berisha (Gamblemania) and Valon Shehu for the music, and all volunteers for giving life to the event.