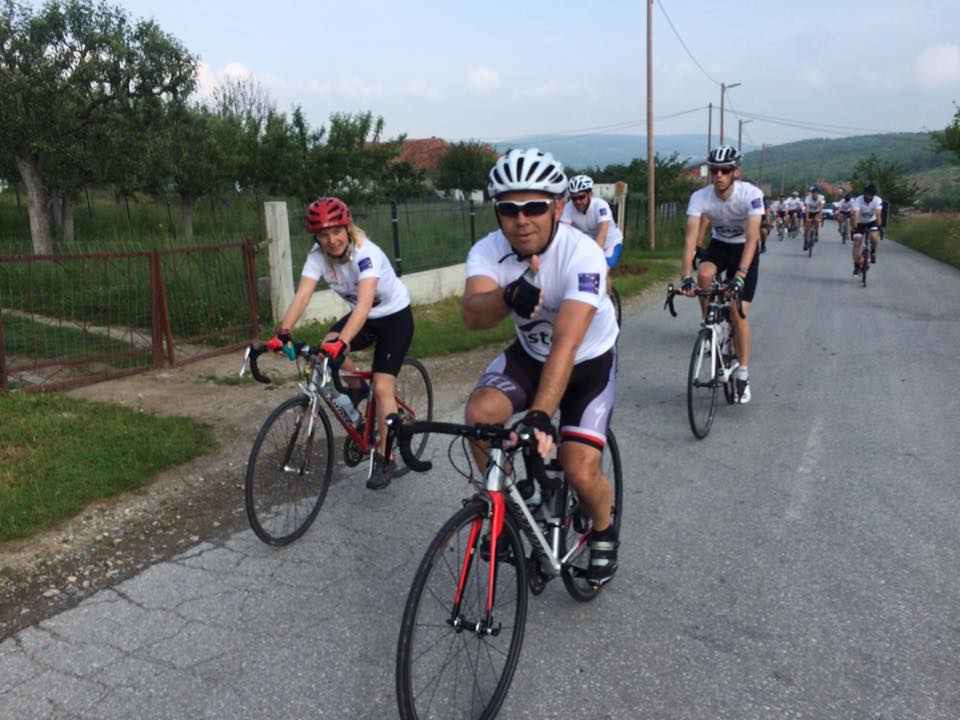 The annual event “Cycle Kosovo for Children” raised around 8000 Euros

The annual event “Cycle Kosovo for Children” ended successfully with having around 30 cyclists returng to Pristina after a 3-day charity tour around Kosovo in support of “Action for Mothers and Children”. Cyclists started their tour from Pristina, on 2nd of June, clucling a distance of 500 kilometers and climbing over 5000 meters around Kosovo and returned on June 4th to Pristina, doing this cycling tour for the 4th year in a row.

This year’s event was able to raise around 8,000 Euros through the contributions of companies and individuals who supported cyclists’ challenge, the online campaign at KosovaIdeas, as well as the end-of-tour fundraiser held at DeRada upon cyclists’ return. Contributions will continue to be received until the end of June through foundation’s bank account as well as the online crowdfunding campaign still active in KosovaIdeas platform. This year’s goal is to raise funds that will purchase the CRP analyzer in Neonatology Intensive Care Unit in Peja, a device that helps in taking blood samples for premature babies right at the incubator.

Albion Hadri and Agim Bilalli, organizers and cyclists, expressed their satisfaction and excitement for the number of participants in this cycling tour. “We are grateful for all the donations received this year and hope that this charity event will grow in the years to come,” said Hadri.

“Cycle Kosovo for Children” is an annual cycling event around Kosovo to raise funds for Action for Mothers and Children. This event was successfully organized in 2014, 2015 and 2016 and is growing every year. The cycling annual event is an initiative of two international cyclists living in Kosovo, Mark Dixon and Thomas Flanagan, and is strongly supported by Eulex, Kosovo Police, Devolli Corporation, Astes Turkey, Rugove, BpB, Shtepiaku and On Line Studio. The online crodwfunding campaign is still active through KosovaIdeas platform able to receive any amount to further support the goal of cyclists, accessible via: http://kosovaideas.net/campaign/detail/305.