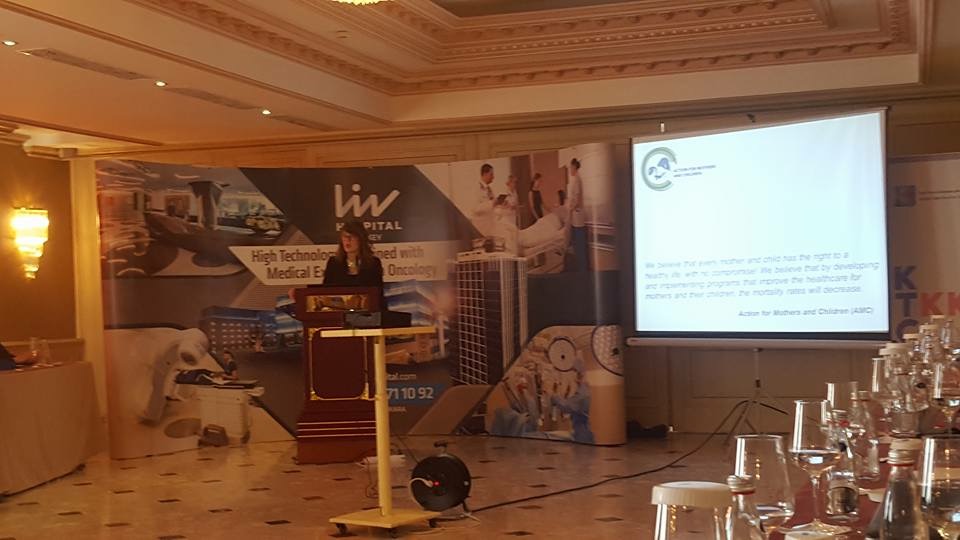 Yesterday, on January 23rd, Action for Mothers and Children participated in the 7th Balkan Symposium organized by LIV Hospital and Kosova Task Force for Cancer Control. The symposium was organized in the form of a round table discussing about Protocols in Screening, Diagnosis and Management of Cervical Cancer.

The representatives of Action for Mothers and Children, Dr. Fisnik Kurshumliu and Ms. Mrika Aliu, brought the experience of AMC while screening women for cervical cancer during 2015. This pilot project, funded by 700 for Science Foundation, benefited 700 women from all over Kosovo who were offered free pap-tests using the most advanced methodology – the liquid based cytology – for screening. The research report of this study is being developed and will be published soon.

The representation of Action for Mothers and Children in this round table brought as well the voice of the community, advocating for the need to set up a national screening program in Kosovo.