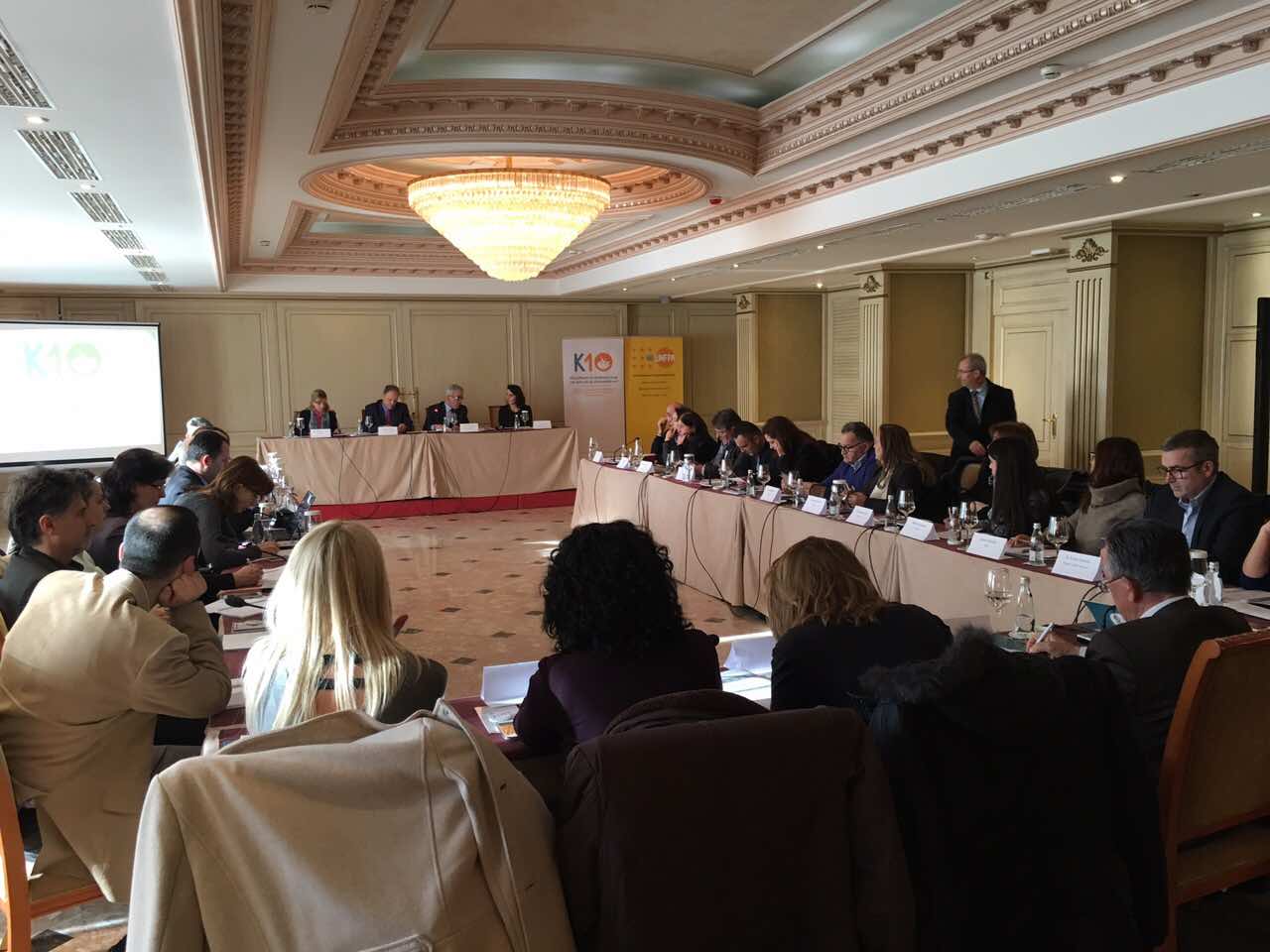 What will the obligatory health insurance cover with regards to reproductive health?

December 20, 2016 – Organized by Coalition K10 of non-governmental organizations for sexual reproductive health and reproductive rights and supported by the United Nations Population Fund – UNFPA, Office in Kosovo, a round table was held today aiming to discuss the content of the basic package of the obligatory health insurance scheme, expected to be implemented starting January 2017. Citizens will contribute in funds accumulation through payment of premiums, but what service will be offered to them for a better sexual reproductive health? To what extent are the citizens informed on the period when such services will be provided?

These questions were directed in the discussion which brought together representatives from the Ministry of Health, local institutions, international organizations and civil society representatives.

Dr. Arsim Cavdarbasha, the Director of the Health Financing Agency, opened the panel’s presentation by emphasizing that every process has a difficult start, but each start is a good sign of a change sought. As a result, with the consolidation of the services for offering the Health Insurance Scheme, the quantity, quality and access to health services in Kosovo will increase, continued Dr. Cavdarbasha, not emphasizing the specific sectors that will be affected. It is expected that amendments in the Law will be done during the first quarter of year 2017, to be followed by technical interventions that should be ratified in the Assembly.

Dr. Valbon Krasniqi, Political Advisor in the Ministry of Health, asserted that the necessary measures have been taken to ensure that the mandatory Health Insurance Scheme starts implementation in January 2017. The scheme will initially enable the coverage of the list of essential medicines, which is compiled with the input of the medical staff in the University Clinical Center of Kosovo, Dr. Valbon continued.

On the other hand, based on her experience in the field of sexual reproductive health and the lessons learned from numerous UNFPA experiences, Dr. Visare Mujko-Nimani valued the round table as an important undertaking, which could have been organized at an earlier period during the year. Dr. Mujko-Nimani,  expressed her concern about the health services pertaining to the pre and post-pregnancy and birth giving period. Will the basic package include preventive services such as cervical cancer screening, diabetes during pregnancy, treatment of sexually transmitted infections? Dr. Mujko-Nimani continued by sharing facts on successful mandatory health insurances around the world, which offer a wide range of medications and services for sexual reproductive health.

The skeptics shared their similar concerns emphasizing that the lack of information on the content of the basic package remains a concern for the experts present in the meeting, and recommended that comprehensive information provision to the citizens, including the medical personnel, on the content of the basic package is a necessity in order to start the collection of premiums, the mandatory health insurance scheme respectively.

The role of civil society is essential in the promotion, monitoring of citizens’ rights for easy access to information, means and methods of family planning. Coalition K10 will serve as an independent advocacy and monitoring body for the policies and laws implemented in the field of sexual reproductive health and reproductive rights. Open discussions will, thus, increase transparency and information provided to the citizens.

The Coalition K10 of organizations for sexual reproductive health and reproductive rights is established as a result of the cooperation between Action for Mothers and Children, Kosovo Health Foundation (KOPF), Peer Educators Network (PEN), Patients’ Rights Association in Kosovo (PRAK), Artpolis, Kosovo Women’s Network (KWN), Kosovar Center for Fighting Breast Cancer (Jeta/Vita), Health for All, Kosovar Association for the Promotion, Advancement, and Protection of Adolescents (Shko-Pa-Msha), dhe the Association for Health Education and Development (AHED), and is financed by the United Nations Population Fund (UNFPA).