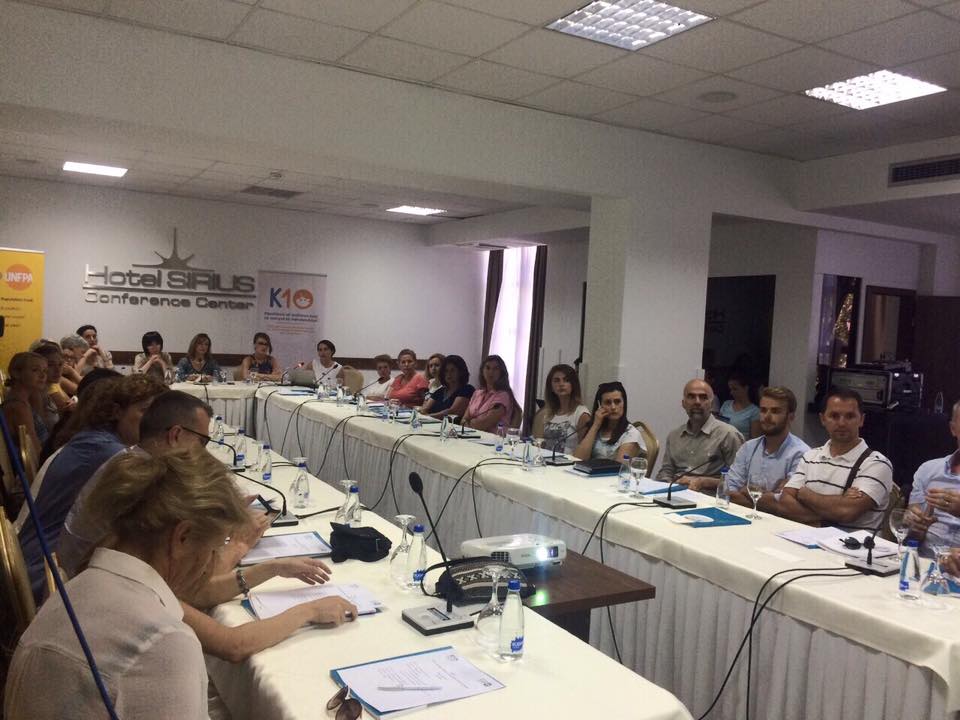 The K10 Coalition on Sexual Reproductive Health and Rights, in co-operation with and support of the United Nations Population Fund (UNFPA – Kosovo Office), in the occasion of marking the World Population Day, organized a roundtable discussion on “The Importance of Family Planning in Population Health” .

During her presentation, Dr. Zarife Miftari from UNFPA also said that in Kosovo fertility has fallen to 2.3 percent from 2.9 percent. She also stressed that contraception is still misunderstood by us and that these misunderstandings should be removed through services and knowledge sharing  on the importance of reproductive health.

Representative of Ministry of Health, Dr. Merita Vuthaj, said that the Ministry of Health has drafted the law on the legal infrastructure for reproductive health in Kosovo starting with the law on reproductive health drafted and approved in 2006 (this law is already being revised). According to Dr. Vuthaj, MoH is in the process of drafting the concept paper for revision of this law as there have been many shortcomings in the previous law. She emphasized that Kosovo will have a comprehensive law within which, besides reproductive health, assisted medical fertilization will also be included.

Mrika Aliu, executive director of Action for Mothers and Children, emphasized that the K10 coalition has a mission to work for a society that has decent sexual and reproductive health and that the coalition aims to raise the patient’s awareness about it.

This roundtable served as an opportunity to remind institutions and organizations of the importance of family planning and the current situation in Kosovo.

The K10 Coalition of organizations for sexual reproductive health and reproductive rights is established as a result of the cooperation between Action for Mothers and Children, Kosovo Health Foundation (KOPF), Peer Educators Network (PEN), Patients’ Rights Association in Kosovo (PRAK), Artpolis, Kosovo Women’s Network (KWN), Kosovar Center for Fighting Breast Cancer (Jeta/Vita), Health for All, Kosovar Association for the Promotion, Advancement, and Protection of Adolescents (Shko-Pa-Msha), and the Association for Health Education and Development (AHED), and is financed by the United Nations Population Fund (UNFPA).