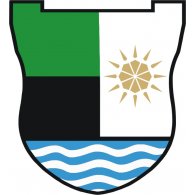 Over a period of two days, pathologists in the Institute of Pathology in the Hospital and University Clinical Service of Kosovo, had the opportunity to undergo the second intensive training organized in the scope of the National Program for Cervical Cancer Screening, which is an important component of screening program and serves as the continuous training and medical education of medical staff from all levels of health care provision. This was a continuation of the first training that we had organized during February 2-17, for the pathologists and technicians in the Institute of Pathology again under the expert and professional training and supervision of the Clinical Cytology specialist and doctor Merdita Agai Muhaxhiri.

Pathologists had the opportunity to expand their knowledge and learn about new developments in the field of clinical cytology, while conducting practical demonstrations in real work environments over different topics including ovarian cytology, cytodiagnostics in abdominal distension, immunocytology in differential diagnosis of ovarian tumors, and cytological changes in Douglas liquid in cervical cancer.

Action for Mothers and Children and other implementing partners will certainly provide their continuous support in implementing and promoting the national program of cervical cancer screening as a lawful right guaranteed by the law for all women.

This pilot project is a result of the cooperation between the Department for Health and Social Welfare in Municipality of Prishtina, Ministry of Health in Kosovo, National Board for Cancer Control, Women Wellness Center within the Main Family Medicine Center in Prishtina, Institute of Pathology at the University Clinical Center of Kosovo,World Health Organization (WHO) – Kosovo Office, Action for Mothers and Children, and is supported by the United Nations Population Fund (UNFPA) – Kosovo Office.