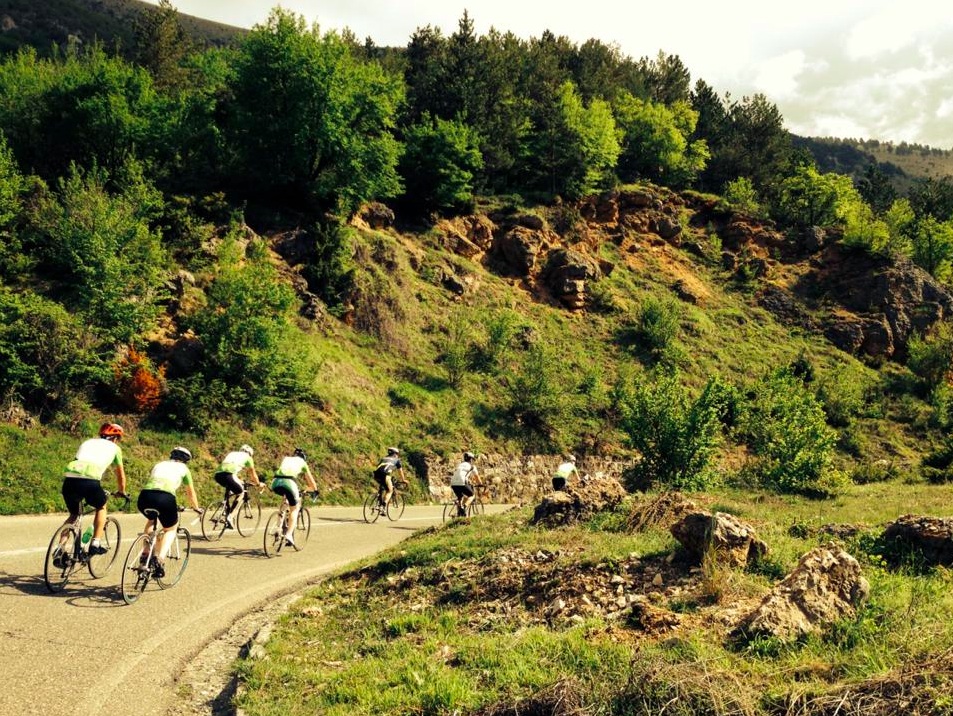 Cycle Kosovo for Children raises Eur 13,179.80 for mothers and children

After 3 days of cycling around Kosovo, the cyclists returned back in Prishtina this past Sunday where they were welcomed by their family and friends. In the morning of June 3rd, a group of around 30 cyclists started their 3-day cycling tour around Kosovo for a total distance of 500km for the third year now. This cycling event is a charity event to raise funds for mothers and children in Kosovo.

This year’s event managed to raise Eur 13,179.80 through corporate sponsorships, individual online contributions and the raffle prizes during the end of event fundraiser held last Sunday at Beer Garden in Prishtina. The online contributions will continue to be accepted for another two weeks.

Albion Hadri, cyclist and one of the organizers, says “We closed the Cycle Kosovo for Children as a very successful event this year too. Although we were tired cycling this whole distance around Kosovo, the cause for which we were pedaling was stronger. All the cyclists got back safe and we all did it successfully.”

Cycle Kosovo for Children is a three-day cycle ride around Kosovo to raise money for Action for Mothers and Children in support of its supply programs for the Neonatology Intensive Care Unit at the main hospital in Prishtina.

“Action for Mothers and Children could not exist without its friends and supporters, like cyclists. We are very grateful to organizers and all the cyclists. The money raised this year aims to purchase cardiopulmonary monitors for maternity ward that tracks the baby’s heart and breathing rates. This for sure helps improve the efficiency of care delivered for premature babies,” states Mrika Aliu, the executive director at Action for Mothers and Children.

The event has been successfully run both in 2014 and 2015 and is growing every year. The money raised in 2014 managed to secure the CRP/CBC equipment for Neonatology Intensive Care Unit in Prishtina, which allows the staff to conduct blood analysis at baby’s bedside, instead of labs outside the clinic. The 2015 event managed to secure phototherapy lamps, which are essential in treating jaundice in children. This annual event is an initiative of two international cyclists living in Kosovo and was supported by Eulex, Kosovo Police and sponsored by Devolli Corporation, Astes Turkey, Rugove, BpB, Shtepiaku, On Line Studio, MoneyGram, UniProject, European Auto Care, Entermedia, VM3, and Beer Garden.