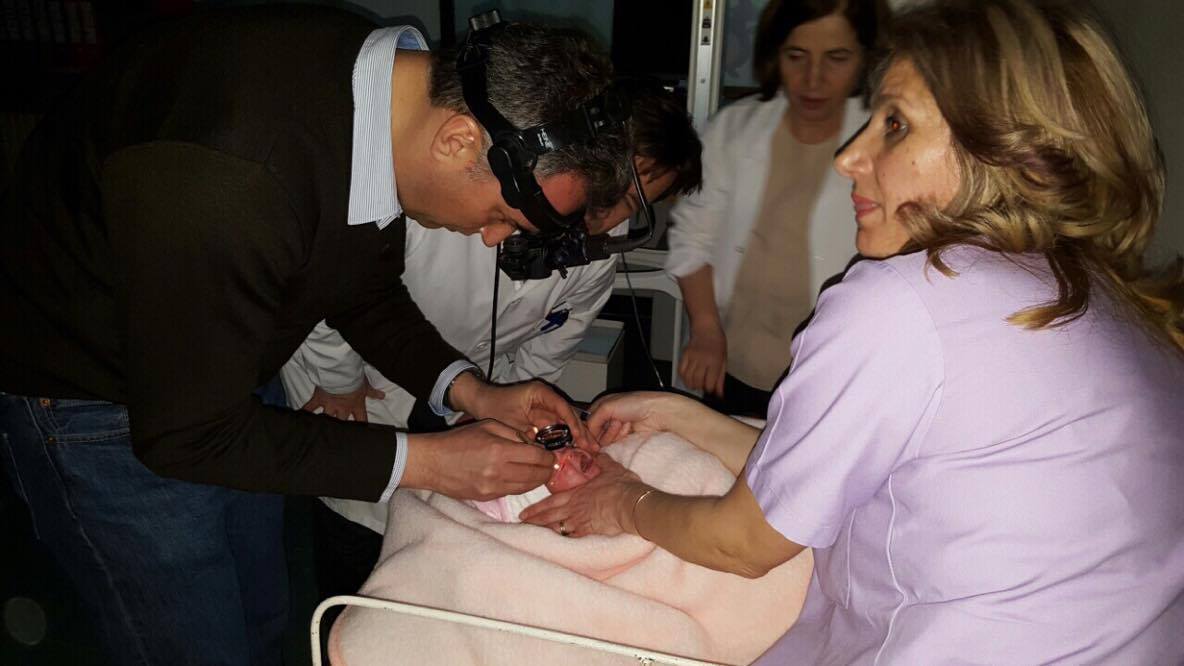 The screening for Retinopathy of Prematurity starts within NICU

Earlier this month, the Action for Mothers and Children (AMC) and the University Clinical Center of Kosovo (UCCK) sign a memorandum of cooperation which enables setting up the system for screening for retinopathy in premature babies, known as ROP.

Retinopathy of Prematurity (also called ROP) is an eye disease that affects many premature babies. Most babies with ROP have a mild case and don’t need treatment. But babies with severe ROP can have vision problems or blindness. Screening for ROP helps early diagnosis and treatment. The screening for ROP is conducted by a specialized ophthalmologist and is done in the Neonatal Intensive Care Unit (NICU), where premature babies are treated.

This initiative would have not been possible without the direct support with Kubati hospital. This support ensures a team of volunteer doctors, specialized in screening for ROP, who will perform the screening within NICU for a period until the capacities within UCCK are built. The team of volunteer doctors is made of Dr. Burim Zhuri and Dr. Muhamet Zekolli, both vitreoretinal surgeons.

By mid of 2015, Kubati hospital introduced an opportunity for cooperation with Action for Mothers and Children, addressing their CSR component. A request for support for this issue has also been addressed by NICU in Prishtina. Considering this a priority, Action for Mothers and Children has facilitated meetings and institutional cooperation to list the needs and find the ways to meet them. AMC has identified that there is lack of human capacities within UCCK, lack of standardized protocols and multidisciplinary approach, as well as lack of equipment needed for screening and treatment for ROP.

“Both agreements, facilitated by AMC, ensure that there is a team of volunteer doctors who, with the borrowed equipment form Kubati hospital, can start the screening for ROP within NICU immediately. This is an in-kind donation raised by AMC. At the same time this group of volunteer doctors is building capacities within the Ophthalmology Clinic in UCCK who can continue the protocols for screening afterwards,” – says Mrika Aliu, the executive director of AMC.

Alongside, through AMC’s advocacy efforts, the department for maternal and child health within the Ministry of Health and the leadership of UCCK have guaranteed securing the equipment needed for ROP so that the protocols for screening can continue after the support of volunteer doctors ends.