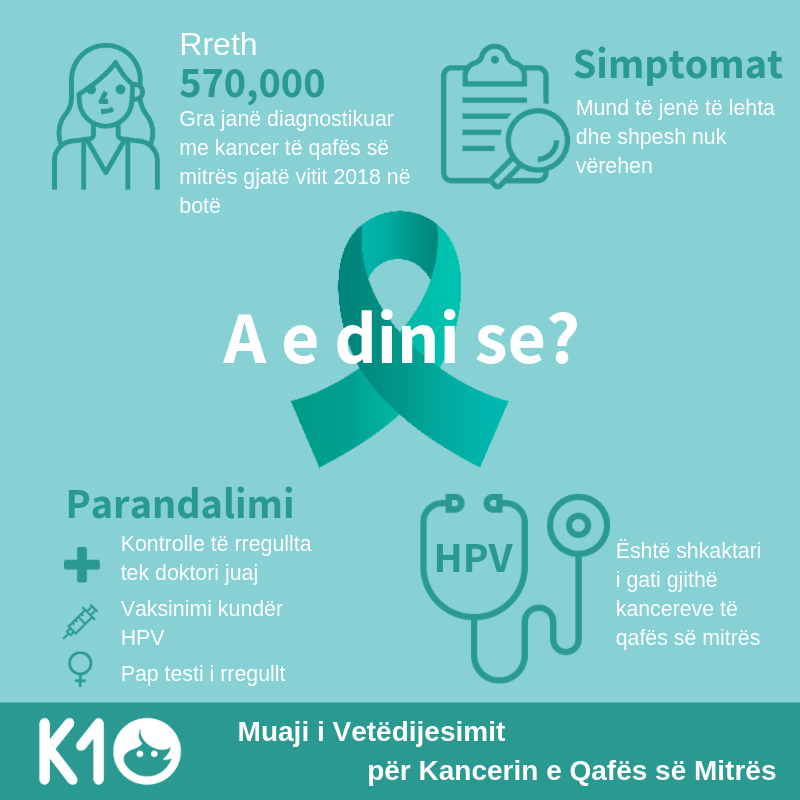 Actions for Mother and Children together with the K10 Coalition is marking the ‘Cervical Cancer Awareness Week’ which started from 21st of January to 27th of January . This week is being marked through social media platforms by publishing infographics and facts about the causes, symptoms and ways of preventing  Cervical Cancer. Also this week is being marked through the online fundraising campaign to provide free Pap-Tests for women in Kosovo.

One of Actions for Mother and Children’s program is Cervical Cancer Screening where through this  program AMC has started to provide free Pap tests in the Municipality of Prishtina and Prizren.

The cervical cancer screening program, through free Pap smears, was initially launched in 2016 and has so far enabled the realization of free Pap test for women  in three Family Medicine Centers in Pristina. In 2018, the program was extended to the Municipality of Prizren. The purpose of cervical cancer screening is the early detection of abnormal cervical cells in the early stages where they can easily be treated before the cancer develops.

To be part of the ‘Cervical Cancer Awareness Week’ become part of our online fundraising campaign on the Global Giving Platform, which you can find at the following link: http://bit.ly/2HpCsU3 . Being part of this online campaign will help prevent cervical cancer in Kosovo.